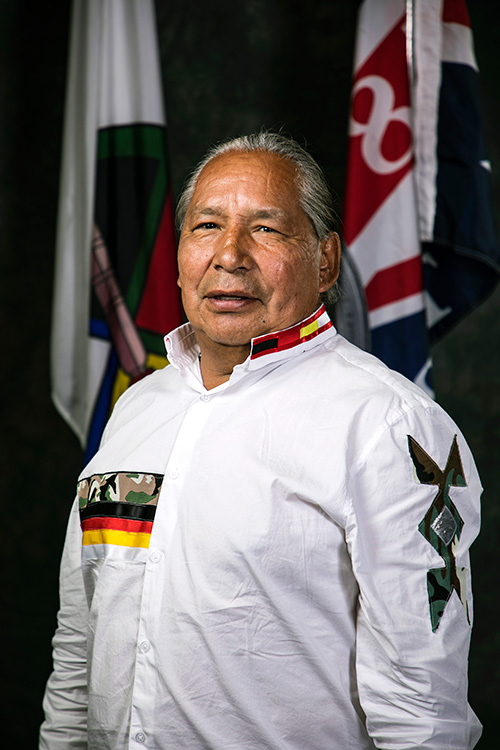 Lonnie Letendre is a returning Councillor for Alexis Nakota Sioux Nation. He has been married to his wife Jaqueline ‘Jackie’ Letendre since December 11, 1982. Together they have four children and a number of grandchildren.

Lonnie has a variety of work experience including heavy equipment, construction, energy, public works, education, and social work. He worked in the Alexis School teaching the first Stoney language program in kindergarten and went on to work with the Government of Alberta.

Lonnie has been a traditional dancer for a number of years and still participates as much as he can.

Lonnie has volunteered in numerous Nation projects, mainly hockey, for over thirty years. As a coach, Lonnie connected hockey players with organizations that took them around the world. His vision is to unite the community through sports and recreation.