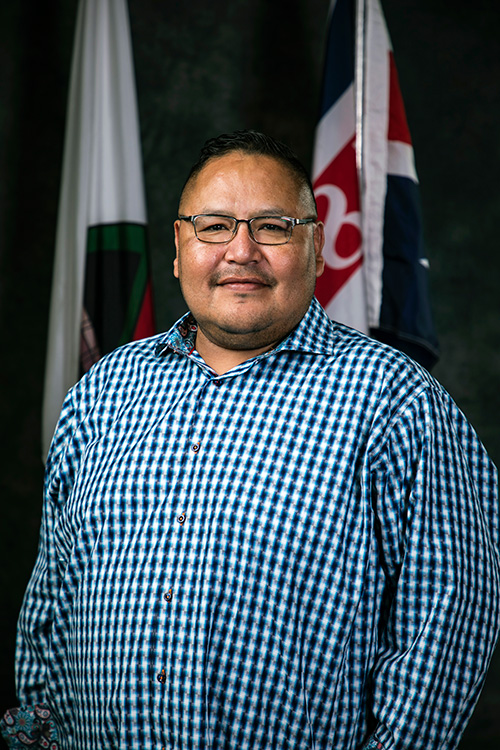 Dwayne Alexis is serving his first term on Alexis Nakota Sioux Nation Council. Prior to being elected in June 2018, Dwayne was the Nation’s Economic Development Officer. In his previous role Dwayne sought opportunities, investments, and the creation of jobs for members of Alexis. Dwayne played a key role alongside Chief and Council to make the Thomas Potts Business Park and Nakota Crossing Gas Station a reality. As a Councillor, Dwayne continues to find opportunities for the nation to create jobs and revenue.

Dwayne and his wife are proud parents to two sons and two daughters, and grandparents to one grandchild and another on the way!